Into a world where boys were failing in schools, universities and other areas of life, a return to basics organization, The Modest Proposal Institute, was formed to build and run schools for boys far away from government influence and meddling. The curriculum of the schools was STEM and the ancient courses, such as history, geography, and English language and Literature. The first school and university focused on steering its students into Technology.

The story follows Alexis, as he grows from boy to man in the Institute built by his grandfather and an enigmatic retired engineer, Dean Swift. Like many young men, Alexis dreams of saving the world and the way he’s going to do that is by leading this new school to ever greater success for his grandfather expects it of him. The only barrier he sees standing in his way is a kid called Shane.

Shane is at the school because his awkward manner upsets ordinary people. This makes him want to prove himself extraordinary, which means leading this school obviously meant for misfits to ever greater heights. His only real rival, as he sees it, is a kid called Alexis.

Each boy believes that only by besting the other will they achieve their dream and that only under their leadership will the future be safe. Each sees it as a do-or-die struggle, him or me – but is it? 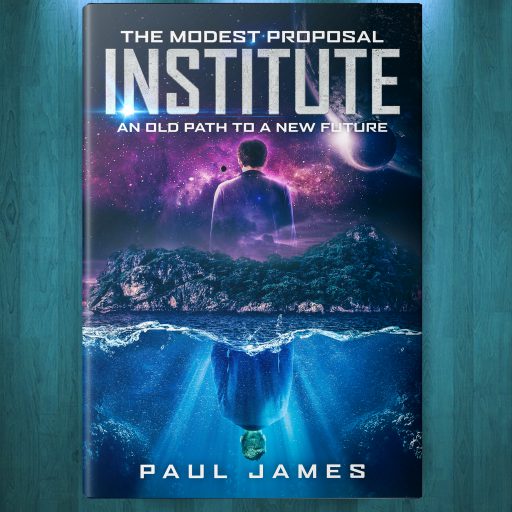